1005... total signatures on the petition to ban frac sand extraction in Winneshiek County via a rights-based ordinance

11... citizens of Winneshiek County traveled to attend the gathering

850... Facebook users saw the photo post (in the first 7 hours) of the Winn County posse outside our rental van in Viroqua

5... trips from Portland that Paul Cienfuegos has made to rural IA/MN/WI to give workshops and presentations on Community Rights work

2... more planned before the end of the year

104... visits to our Website on Sunday
Posted by Community Rights Alliance at 12:08 PM No comments:

What Does the Dryden Decision Really Mean? 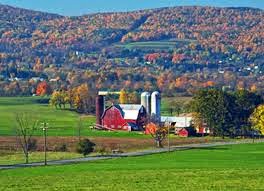 There is cause for celebration, but not as much as we might expect. A court in New York just upheld municipal ordinances banning fracking via land use “Home Rule” police powers. For these two communities, Middlefield and Dryden, this is certainly good news. And for other communities in this battle, it is far from settled.

In its case, plaintiff Norse Energy pointed at the existence of a state oil and gas regulation that they claimed should preempt Dryden’s Home Rule powers in this situation. The court did not agree, citing an argument from a past court case involving this issue:

"A municipality is not obliged to permit the exploitation of any and all natural resources within the town as a permitted use if limiting that use is a reasonable exercise of its police powers to prevent damage to the rights of others and to promote the interests of the community as a whole" (id. at 684).”

Although the courts sided with municipalities in this battle of Home Rule versus State Preemption, we are left with a weak interpretation of a community’s right, or lack thereof, to determine its own future. As the court unequivocally stated, “[t]here is no dispute that the State Legislature has this right [to preempt municipal lawmaking of any sort] if it chooses to exercise it.”

In other words, if the politicians who’ve raised the most money and bought the most votes decide to rescind self-governing powers of a municipality, the power is theirs to abuse. As we here in Iowa know quite well, that preemptive power has been used by the Department of Natural Resources to deny our collective right to decide whether or not we allow factory farms in our communities.

To mix triumph with defeat in the Dryden case, over 2 years ago in the first decision regarding Dryden’s ban on fracking, the "[s]upreme Court granted Dryden's motion and declared the amendment valid with one exception -- it struck down the provision invalidating state and federal permits." The subsequent removal of this bold statement of law coupled with the absence of other important legal elements led one environmentalist to call the decisions “drizzle”.

Let’s face it. State and federal regulatory agencies are mostly bought and paid for by the very industries they are charged with regulating. With this important qualifier in mind, the Dryden and Middlefield decision leaves much to be desired.

Given ‘state preemption’ as the sole basis for this lawsuit, Norse Energy did not have to argue other common and successful corporate legal avenues. These nearly always focus on the corporation’s supposed constitutional rights being violated in one way or another by a community majority. Legal endurance, made possible by very deep pockets, will enable the fossil fuel industry to launch future lawsuits upon brave municipalities bent on protecting their land base and citizenry. No doubt we’ll see more and more corporations claiming their right to pollute and profit as superior to the right of local communities to govern themselves, as we’re currently seeing play out in Mora County, New Mexico.

In 2013, Mora County adopted a Community Bill of Rights that prohibits all oil and gas exploration. This ordinance explicitly elevates rights of a community majority over corporate “rights” granted by the Supreme Court over the last 150 years. Mora took another logical and responsible step guaranteeing to posterity clean water and healthy ecosystems by officially enumerating these basic rights in their ordinance.

With news of this New York court case, we can assume Dryden and Middlefield will not be getting fracked in the near future. But it’s too soon to celebrate for the many other vulnerable communities across the nation.
Posted by Community Rights Alliance at 9:01 PM No comments: