If 7,500 hogs were moving in next door to you, would you join others and say 'NO?' This Monday, come stand with neighbors from across Winneshiek County and show that you care.

They Dump It; You Drink It: CAFOs
Monday, Feb. 23, 11:45am,
Winneshiek County Courthouse steps
Rally to protest the proposed CAFO (Confined Animal Feeding Operation, aka Hog Confinement) for 7,500 hogs two miles south of Cardinal Marsh.
This is our home. Let’s keep it safe.
Send a message to the state of Iowa that people who live in our county will resist the siting of any more hog confinements in Winneshiek County and to put pressure on the state to empower local units of government to protect their citizens and communities from the destructive impacts these confinements cause.
The local government and Board of Supervisors are powerless on this issue. Decisions are made by the Environmental Protection Commission and the DNR.
The facts are clear on this issue.
Human lives are being put at risk.  There are scientific studies confirming all of these problems associated with this industrial scale of agriculture being forced upon the people of Iowa, yet the various agencies and government bodies in Iowa have done nothing to address these issues.
Posted by Community Rights Alliance at 1:18 PM No comments:

Report on 2nd Regional Gathering for CR in the Driftless


Five Winneshiek County citizens traveled to Whitehall, WI (Trempealeau County) yesterday for the 2nd regional gathering for Community Rights in the Driftless. Over 50 people were present from over 15 counties, with more unable to attend due to icy conditions. What a day! Lots of energy and reason for this big shift to a local living democracy. 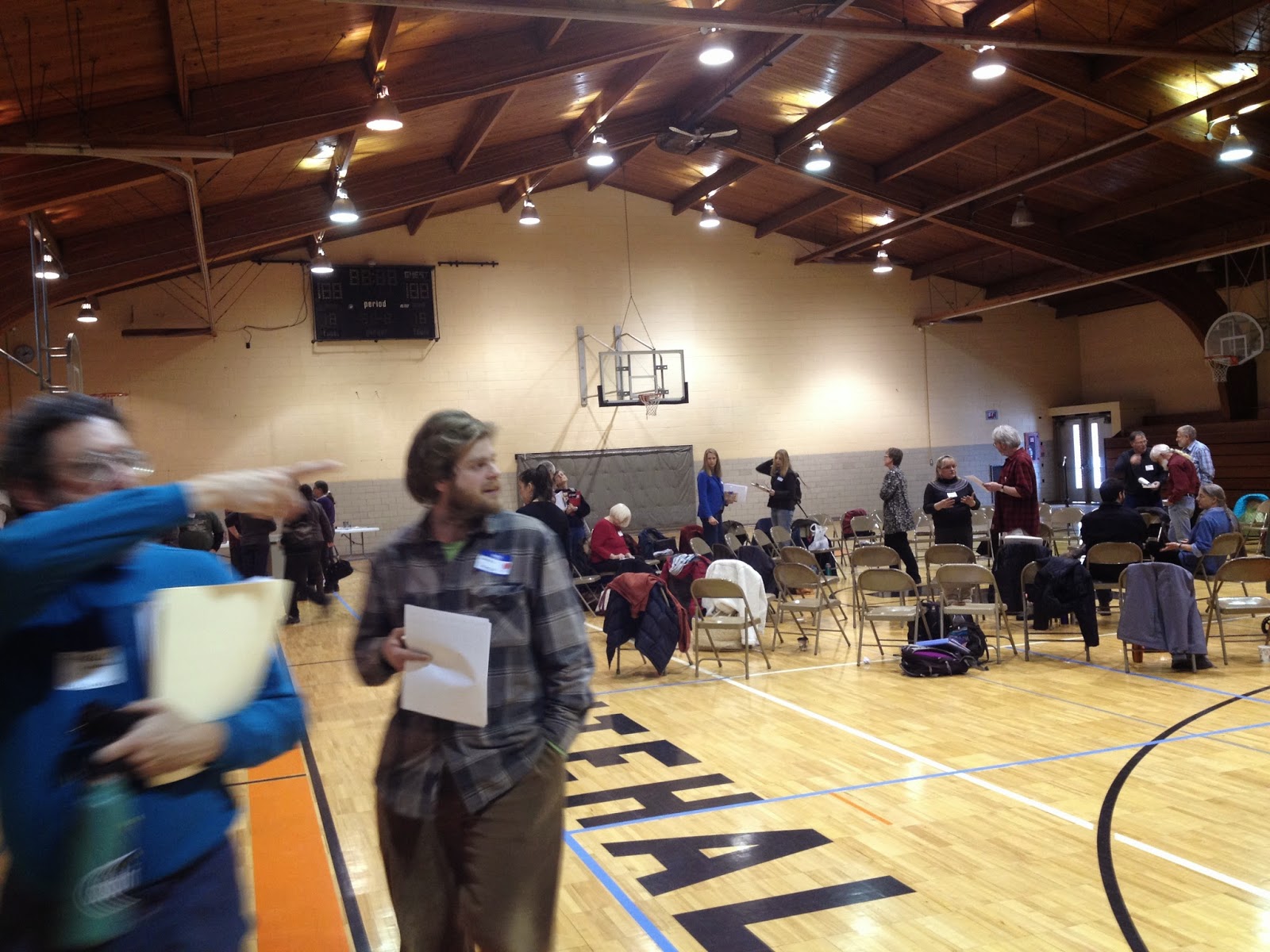 The new national CR support organization (yet unnamed) was unveiled by Paul Cienfuegos, Jane Anne Morris, Laila Johnson, Malia Burkhart, and Lindsey Schroman-Wawrin. What a powerhouse crew!! And there are a couple others working behind the scenes, including Winneshiek County's own Jono Ruf (though currently living and studying in Arizona)!

But of course the most vital element of this gathering: The thoughtful and informed people, eager to network and grow. (And the food... what amazing food we were served!)

A few of the sessions to choose from this last weekend:
-Q&A with Jane Anne Morris (author of Gaveling Down the Rabble and other books)
-Discussion with lawyer Lindsey Schroman-Wawrin for elected/appointed officials
-Panel Discussion with members of the new CR support organization
-Internal Structures and Considerations for Local CR groups
-Visiting a Frac Sand Mine

And a sample of the "Open Space" spontaneous sessions offered:
-Rights of Nature and Nature's Trust
-What it took to stop an unwanted mine in WI
-Online Community Rights course
-Republic and Democracy
-CR Education with Theatre and Arts

We're continually amazed at the support we're seeing among a variety of people on the spectrum of age and political affiliation. This is truly a People's Movement.
Posted by Community Rights Alliance at 8:50 AM No comments:

Judge Browning did not “completely side” with SWEPI LP as Decorahnews reported, but enough so that he found it necessary to strike down the ordinance entirely. This is a sad day for democracy, because it reinforces the idea that corporations have more say over what happens in a community than the people who actually live there.Decorahnews could have included a couple important points regarding this court decision. First, that any struggle from oppression loses some battles in the courts, but eventually prevails (e.g. women's rights). Second, that a big part of Judge Browning's decision to overrule Mora's ordinance is not applicable here in Winneshiek County, because there is currently no conflicting state law regarding silica sand extraction. Third, that Mora County and the defendant-intervenors will likely appeal this decision and continue to fight.Oftentimes justice is simple. Paid-for politicians and corporate lawyers take that simplicity and tie a thousand knots in it. Jim TrippDecorah

Posted by Community Rights Alliance at 7:59 AM No comments: